I am so excited about a new weekly Blog post from my Amanda. She is going to be doing a "Military Moments" post where she discusses and shares ideas and stories from military life. These particular post includes references to the delivery of a baby although delivered from a woman who has faced infertility herself: feel free to skip if this will cause you any hardship.

Remember in my last post I gave a pro/con list of moving around in the military? This week I was able to be a part of living out one of the pros:
#9 – Family means people who aren’t related come together to help each other. 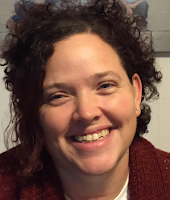 Diana and Justin are having their first baby.  They are stationed overseas and since no one knows exactly when the baby is coming, no family members want to come too early. But they will be here soon, don’t worry!
They have a birth plan and it involves one of their friends coming to the hospital with them and helping coach Diana through labor. She is 39 weeks pregnant, and three days away from her due date. She wakes up with her back hurting and rolls over to get out of bed. Her water breaks and thus begins the mad dash to wake up her husband, gather all their things, and hit the road to drive an hour and a half away to the hospital.
Cut to me. I’m going through my regular morning, commenting on the fact that I have nothing other than the gym on my calendar for the day and planning what I’m going to write this post about.
I’m on my way to the gym when the first message comes. I saw earlier in the day where Diana’s water had broken and they were on the way to the hospital, so I sent Justin a quick message to let me know if they needed anything. Now I get a message from Diana’s birth-coaching friend, and she tells me Diana’s water broke and she’s at the hospital. I know this already, so I thank her for telling me and ask how they are doing. She says she doesn’t know because she took a quick 36-hour trip to Barcelona and she’s not here.
WHAT!?
I asked if she thought I should go, and she said yes, because she thinks Diana would really like to have someone else there. I decide to just go after the gym because this is her first baby and things take a while (especially first deliveries). So, I ask for specifics about her labor and prepare to walk in the gym.
Now I'm thanking God that my schedule is completely free for the day and I don’t have to spend a lot of frantic time moving around meetings.  And as I’m signing in at the front desk of the gym, the phone beeps with this info: "She’s dilated to seven and has had an epidural already!”  Well, that seemed to be going a lot faster than I thought it would.  So, I turn right back around and head home, change clothes as quickly as possible and begin the one-and-a-half-hour drive to the hospital.
The hospital takes a while to get there, and during the drive I was contemplating a lot of things. It mostly fluctuated between wondering how good my Spanish was in case I had to try to explain to a policeman why I was speeding, and wondering how I would react entering that hospital again. The last time I was there in the upstairs area was for my DNC after my miscarriage and that turned into a huge fiasco where I was bleeding out and ended up waking up in a Spanish hospital intubated and not sure what happened or how I got there. It’s a really long story, but we’ll just say I was worried how I would react to being there again.
Diana was at seven by the time they arrived at the hospital at 7:00am. She immediately requested (I’m told it was more of a demand) to be given an epidural.  She was then admitted to the hospital and prepped for delivery. I arrived at 10:45am and was escorted straight to their room.  They were both just hanging out waiting for the doctor to come check her again.  She was checked at 10:30 and told she was at 9 inches.  I asked about grabbing some lunch for Justin and me, and Diana put in an order for a pizza for when the delivery was over.  I ran to a nearby pizza place and grabbed us all pizzas, and when I returned I was told that the doctor was in with her and Justin came out to eat his pizza.  He was eating his third slice when the nurses came and told us it was time for her to start pushing.
I’ve been pregnant before and carried two babies to 39 weeks, but they were both scheduled c-sections. I’ve never been in labor. I’ve never been in the delivery room with anyone. I was very impressed with the nurses and doctors (all active duty navy personnel), and Justin did his job perfectly (he held her hand, rubbed her head, and wiped her face). But Diana was amazing.  She pushed and pushed for hours. My back was hurting, and I was getting tired of staying standing and bent over her bed, so I can’t imagine how long that time seemed to her. We were all just waiting for each push to be the last one, but none of us more than Diana.  I was reminded once again that had God not made our bodies exactly the way he did that none of this would’ve been possible.  We are truly perfectly and wonderfully made.  And speaking of perfectly made, Braxton Bradley Joseph was born that afternoon, and I was a fortunate witness to his entering this world.
I took pictures as they placed him on his mom and wrapped him up and did all the newborn things that need to happen.  The best comment from the OBGYN was “you just gave birth to a 3-month old!”.  Everyone talked about how big he looked, but we all waited patiently until it was time to weigh and measure him.  I watched a tiny girl give birth to a gigantic baby.  We eventually found out that he weighed 9lbs and 6oz, and he was 21.5 inches long.

I let Dad hold him first, but as soon as I could hold him, we snuggled up in the chair and he had a nice nap while I took his first selfie and made his first snapchat post.  I’m sure he will be sufficiently impressed with both of those things when he’s older.  I also prayed for him.  I prayed for his childhood years spent in the military where he’ll be moved around all over the place by his parents.  I prayed for his parents and that they would teach him to love.  I thanked God that I was there and able to witness that precious miracle of birth without one single thought to what I’d gone through in that very same building a little over a year earlier.


I then came home, to the 3 kids in my house.  I thought about the fact that they were all little tiny miracles at one time and about the children we are going to adopt.  They were tiny miracles at one time too, and someone chose not to teach them about love and chose not to love them.  Now, our family is making the choice to teach love and to model love to those around us.  And for today, because of this crazy military life we get to live, I was able to show love to two people who are brand new but going to be great parents, and they were able to share a little of their love and joy with me.  It was a great day!